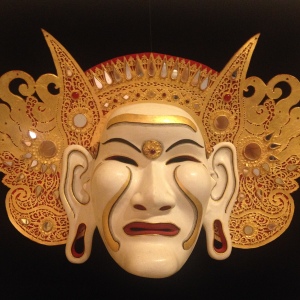 Everyday is Another Lesson in How to Live

Gone are the days of white gloves and top hats.  That’s ok. 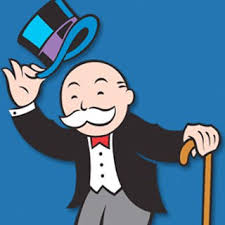 Gone are the days of men tipping their hats, or removing them when they enter a building.  Ok, I guess.

Gone are the days of a properly set table and knowing which fork to use.  Also ok, but could be practical.

Gone are the days of dressing for air travel.  That’s ok, too, to a degree.  But have you seen what some people wear in public? 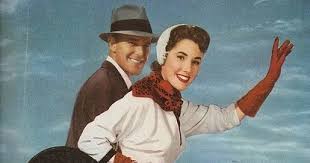 Gone are the days of courtesy and politeness. This is not ok.  This is a problem.

While I wasn’t brought up in the most socially connected of families, just a professionally-oriented, middle class, Jewish family from the suburbs with a variety of country club memberships along the way, there was decorum.  Protocol and manners were explained and adhered to.  You understood your position within the family, but there was a decent amount of flexibility and what might be called ‘modern’ attitudes.  We were a casual family. Not too stuffy.  New ideas and new ways of thinking and behaving were not only tolerated but somewhat encouraged. 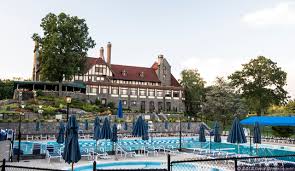 Political discourse, discussion of religion and free speech, were supported.  Breaking the gender norms and hierarchical patterns of society were emboldened.

Once I became part of my husband’s family, a southern Jewish family of some means, at least in those days, I was expected to follow an elevated set of social rules and dictum, and I thought I slid into this world relatively seamlessly.  Dressing for dinner was the least of it.  There were rules about who you could speak to, and what kinds of questions you could ask.  Certainly, many subjects were just ‘not discussed’.  Foremost among these topics were money and sex.  Respect for one’s elders was paramount and knowing one’s place, another notch above that.

Even though I sometimes bristled at the arcane structure of their world, I admired the rules for the order they brought to my life and educated my children in a similar fashion, primarily to ensure their success in the world.  It’s the easiest thing to be courteous and polite, and the surest way to engender respect and achieve your intended outcome.

But high society has lost its luster and with it the civility that glimmered and trickled down from its devotees.  Polite conduct and etiquette have been relinquished to yesteryear and a clamorous new way of behaving has taken hold.  While many, for instance, still teach their toddlers to say ‘please’ and ‘thank you’, they are less likely to say ‘excuse me’ when taking over the sidewalk or grocery aisles with their massive strollers and carts. 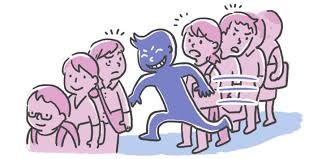 Not to solely pick on young parents, it’s a plague that is touching every interaction in public, from the mumble of the store clerk as they ring up your purchase, to the indifference of the receptionist at a doctor’s office, or the pushing in line that occurs almost everywhere, the airport, the theater, main street.

Are You A Bully?

Deference or adapting oneself in the presence of others, simple empathy, generosity or patience are reviled as weak, ineffective and counter-productive if you want to get ahead, get your due, or simply get your order in at the deli.

Though we often hear about feats of compassion, heroes who help in their community and individuals who rise to the occasion when disaster strikes, whether it be of man-made or natural occurrence, all too often we hear headlines about destructive behavior, a killing, another violent act, theft, purposeful destruction of property, or worse for its long-term effects on our societal norms, bullying.  Bullying breaks down the decency between neighbors and creates a whole new playing field.  Aggressive behavior is rampant with each of us hustling for our own piece of the pie.

A whole new era of entitlement has cropped up insidiously from every corner of society.  Everyone believes they are due, something.  Due respect, or due preference, or due money back, a discount, a break.  Entitlement rudeness has created a new echelon of brazen behavior, often, unfortunately, exhibited by the least deserving – those acting inappropriately, combatively or disruptively.  None of us enjoys the more frustrating 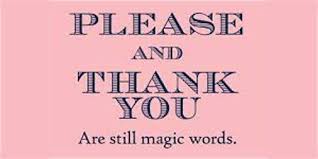 aspects of commerce, trying to return an item, trying to get help from customer service, locating a sales person.  But the rudeness that has resulted from customers far outweighs the injustices being exhibited towards them, for the most part, and no amount of belligerent behavior will make for a pleasant exchange.  Sales people are people too.

Sadly, that is just one simple example of the outsized expectations of many, and lack of grace they display when confronted with a difficult situation.  Where is the refinement, common courtesy, mutual consideration, and dare I say maturity?

This is not, however, a class issue.  Deportment is available at no cost.  Anyone, at any position in life, can exhibit good behavior, but not if they weren’t educated to understand the difference between good and bad, what’s acceptable and what is reprehensible.  This education must start in our own homes, continue in our schools and be displayed by our leaders.  These values must be revered and praised, not reviled and 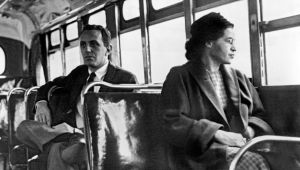 defamed.  We can all take a lesson from the likes of activists like Rosa Parks or athletes such as Jackie Robinson.  These examples date me, but as time goes on, I’m hard pressed to share more up-to-date options as they become rarer, and rarer.

We can all take a page out of history to reflect on essential goodness and decency.  It’s not passé.  It’s not uncool.   It’s part of what makes it possible to live amongst others.  Unless you exist on a deserted island, or the hilltop of an inaccessible mountain, or some other location that limits your exposure to others, take a moment to recognize your behavior and outlook and the impact you have.  Perhaps then, you’ll think before you speak, even listen to others, and then carefully participate with consideration.

“Manners are a sensitive awareness of the feelings of others. If you have that awareness, you have good manners, no matter what fork you use.”

Etrog and Lulav will follow the journey of Nicole and Jonathan to Israel and the MidEast this Winter 2018. With stays in Tel Aviv, Ein Hod (an artists' community), Tiberias and the Sea of Galilee, Jerusalem, Masada and the Dead Sea, Eilat, Petra (Jordan) and in Egypt in Cairo and along the Nile, this adventure promises to be inspiring, beautiful and captivating for the travelers and readers alike.

This is a text widget, which allows you to add text or HTML to your sidebar. You can use them to display text, links, images, HTML, or a combination of these. Edit them in the Widget section of the Customizer.